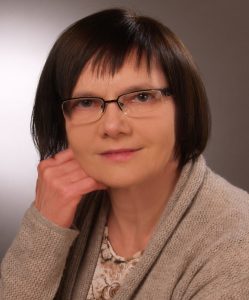 Danuta Rutkowska is a full professor of Computer Science. She is an author or co-author of several books and many book chapters. In addition, she has a number of other publications, including scientific journals and conference papers. Computer Science is the area of her interest, in particular Artificial Intelligence and Soft Computing. Most of her publications concern hybrid intelligent systems based on Computational Intelligence methods, such as neural networks, fuzzy systems, and evolutionary algorithms. She has presented invited lectures in Europe, USA, and Japan. She is a member of the following scientific organizations: IEEE, Polish Neural Network Society, Polish Artificial Intelligence Society. She has been participating in many conferences all over the world. She was also an organizer of international conferences on the topics of Computer Science and Soft Computing. Moreover, she is a member of program committees of various scientific conferences organized in different parts of the world. She has also been an editor of monographs and international journals, as well as a reviewer of papers and books. For several recent years her scientific research has been directed at the application of Artificial Intelligence in Image Processing.

Abstract:
Applications of Artificial Intelligence (AI) have rapidly been increasing recently. A lot of interest is focused on Deep Learning and Big Data. We are witnesses of spectacular results presented by Google with regard to Image Recognition. Deep Learning has also been successfully applied in speech processing and much more.
However, this part of AI – that is data driven – reflects the process of learning from examples. In this case, an intelligent system, e.g. a Deep Learning network, achieves a result, e.g. an image recognition, by the learning ability that increases along with larger amount of data examples. In this way, the system solves the problem without an explanation concerning the result.
Although with regard to Image Recognition, the explanation is not always necessary (we see what we get), in other AI applications a user wants to know how and why the system come up with the result. This is very important e.g. in recommender systems and medical applications (also referring to medical images).
On another side of AI are expert systems – that are knowledge based – and realize an inference process, with explanation facilities. The knowledge is usually represented by logical rules. Therefore, it is possible to explain how a result has been obtained by use of the rules.
Hybrid intelligent systems can reflect both aspects of intelligence: an inference based on the knowledge represented by rules and the learning ability. This means that the inference can be realized – when the rules are known, otherwise the knowledge of the form of the rules can be acquired from data (examples) during the learning process.


In contrary to the Deep Learning approach – that is viewed as a „black box” because of the lack of the explanation – we propose a rule based system to solve an Image Understanding problem. The rules considered with regard to the knowledge of this system are fuzzy rules or the rules generated within the rough set theory. The linguistic description of images are produced by the system, and then analyzed within the framework of databases and AI. The goal is to describe an image based on the color segmentation, and location of particular color granules, as well as their size and shape. Mutual relationships between the color granules are taken into account in order to explain the understandable description of an image.
It should be emphasized that the problem formulation differs from the image recognition tasks solved by the Deep Learning. In our case, we are interested in the linguistic description of the whole image (or its part), with understanding this description, while the Deep Learning allows to recognize particular objects in an image. It is also important to notice that our linguistic description and image understanding is considered within fuzzy or rough sets approach. Moreover, the system can be applied to both a single image as well as a large collection of images – also in parallel.